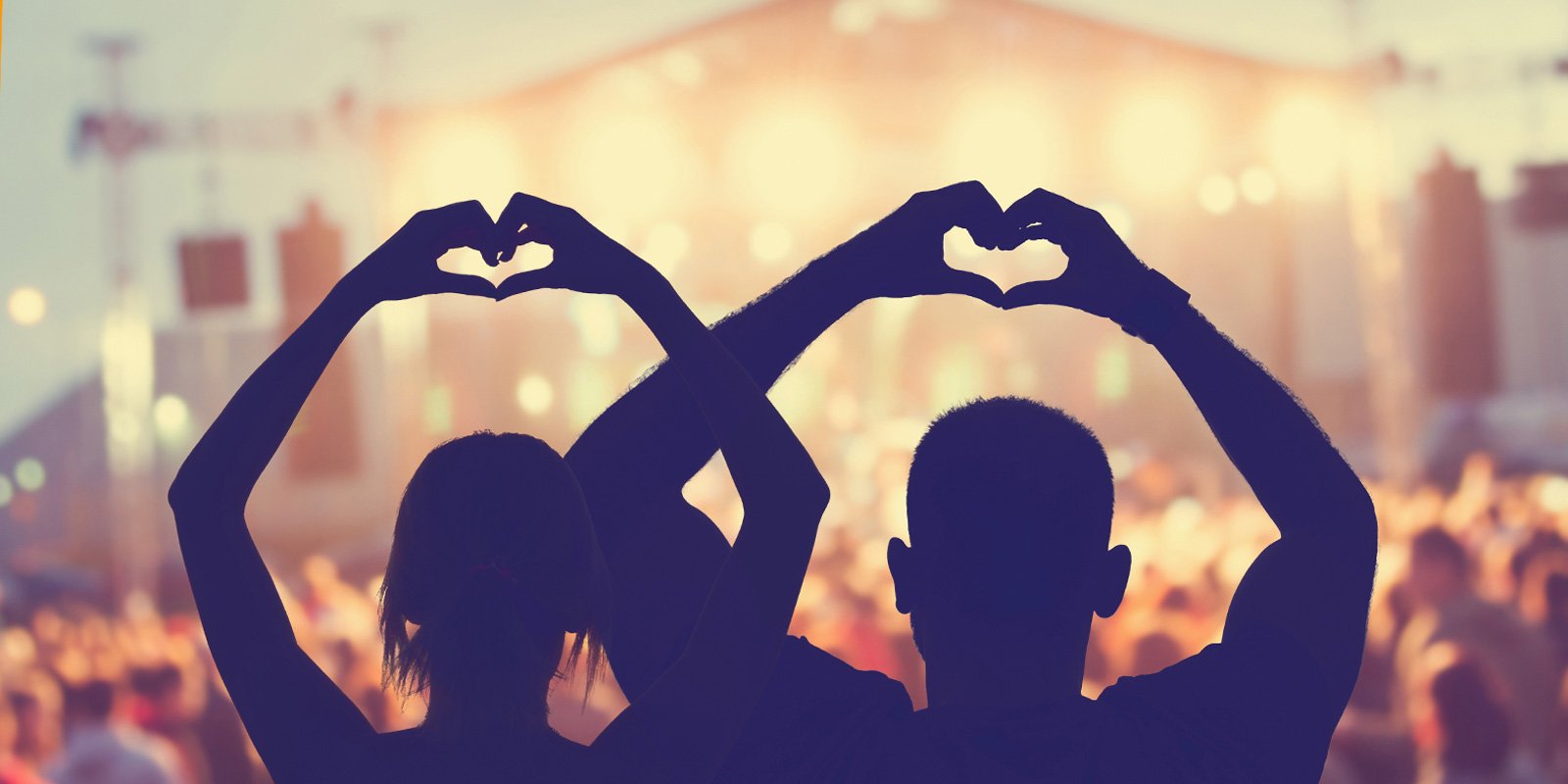 What Glastonbury taught us about marketing

Last month, the world witnessed the post-COVID return of the most highly anticipated music festival ever. Attracting a mind-blowing capacity of 250,000 people, Glastonbury made a comeback that won’t be forgotten anytime soon.

From the 22nd to the 26th of June 2022, Glastonbury became the seventh-largest city in the UK. But Glastonbury’s outreach didn’t end there. This year broke new records for having the highest volume of digital audiences, with the BBC broadcasting to 34 million just on iPlayer alone. The festival’s Facebook page has just under 1 million likes, and the Instagram profile boasts approximately half a million followers. Every year, Glastonbury hosts the biggest names in the music industry and showcases an extensive stage listing that caters to just about every single musical taste. It's become a beacon of British culture and brings in a mammoth £100 million into the UK's economy.

But let’s strip it back to its humble origins. Glastonbury began in 1970 at Worthy Farm, and tickets were originally sold for just £1 each, with a free bottle of local farmer’s milk thrown into the deal. It was far from the internationally known music festival that it is today, hosting around just 1500 people. That’s the same number of compost mobile toilets at this year’s event.

So how did these modest beginnings manifest into the biggest music event ever? We explore the key takeaways from Glastonbury’s marketing, and how it embodies the perfect case study which demonstrates the effectiveness of experiential marketing

Until its initial TV broadcast, Glastonbury’s growth was thanks to some good old-fashioned, simple organic experiential marketing.

During the 80s and early 90s, Glastonbury grew larger and larger and was predominantly popular via word of mouth. Glastonbury morphed to accommodate musical trends of the era, and it added more genres by the year. With low entry admission fees, this meant the festival could be enjoyed by audiences from all walks of life with many different tastes.

It really was ‘the right place at the right time’ - as Glastonbury anchored the musical revolution, acting as a yearly check-in which offered solace and liberty to harsh political movements and social issues happening in the UK at the time. Society was breaking through the norms - and Glastonbury was there to hold people's hand through all of it, like an annual celebration of societal milestones, reflected with music.

This celebrity endorsement certainly enhanced Glastonbury’s exclusivity and helped the volume of attendee numbers soar on a yearly basis.

The location is significant too, as it’s set against acres of beautiful Somerset countryside which are steeped in mystical history and traditional English folklore. The festival has always aimed to work in harmony with its surroundings. For example, the Pyramid Stage became a permanent part of Worthy Farm too - offering winter storage for food, and a shelter for the farm’s cow herd. The locational charm offers Glastonbury a perfect festival backdrop, adding to its theme.

The organisers describe it as

‘The largest greenfield music and performing arts festival in the world and a template for all the festivals that have come after it.’

The power of FOMO

But Glastonbury really soared when it became televised. It's marketing heavily relied on FOMO (Fear of Missing Out). That is, by convincing people they’ll be missing out if they don’t join the party; that their lives will be changed by the experience of the festival if they join in.

Glastonbury’s digital 'FOMO' marketing began in 1994 when it was initially televised by Channel 4 and broadcasted to TV screens in homes across the UK. Close-up shots of emotional fans, wide shots of the large-scale audiences all simultaneously dancing to the world's favourite songs, and coverage of some of the most famous people on the planet bridged from the public only by a few metres of metal fencing.

Once the world could soak up the atmosphere of the festival second-hand through TV screens, the festival's ticket sales absolutely soared, and trying to purchase tickets became the equivalent of grasping gold dust. That's where Glastonbury's exclusivity really began, with tickets selling quicker and quicker by the year.

Learn how to grab attention in a noisy world with this blog.

Don't forget about the hype

Nowadays, event hype is built up hugely using the vehicles of social media and short-form video, allowing potential event attendees to build up excitement and hype before the coming event. Content hype is an important part of event marketing, as it generates engagement from those already attending, pulls in attention and provokes that feeling of FOMO within those who haven't yet bought a ticket.

When you eat at a particular restaurant for the first time, and you have the most mind-blowingly amazing food, your experience at that restaurant is forever stamped as positive in your memory, and it’s likely you’ll return. Events are the same.

Yes, digitally marketing an event is a powerful tool for event hype - but there’ll never be anything that quite matches the effects of experiential marketing: the event itself.

Red Bull jumped on this bandwagon years ago, by organising and sponsoring soap box races and running events. What started as an energy drinks company now has its own large-scale marketing body within its corporation, to market the business at massive international events. They even run two Formula One teams along with the Red Bull Air Race and numerous top-level football and Ice hockey teams.

Experiential marketing is extremely powerful. And that’s the real takeaway here. Putting on a proper show and making your product or business in a likeable way, will make your company far more memorable than an Instagram post ever could. According to HubSpot, experiential marketing can increase sales by 65%. So to really turn heads, allow your customers and potential leads to really experience your business.

You don’t have to be an events company that attracts 250,000 annually, and you don't have to host Paul McCartney and Billie Eilish on your premises. Simply expand your in-person marketing further, and broader - branching out into the real world to offer experiential marketing that your customers won't forget.

The relaxation of COVID rules has allowed more scope for events again, and businesses are able to branch out and physically network once more. Be a part of this! Exhibitions, staff trips, networking events, charity events - whatever you can do to let your audience know what your business is, not just through a LinkedIn profile, but through good old-fashioned, face-to-face experience. 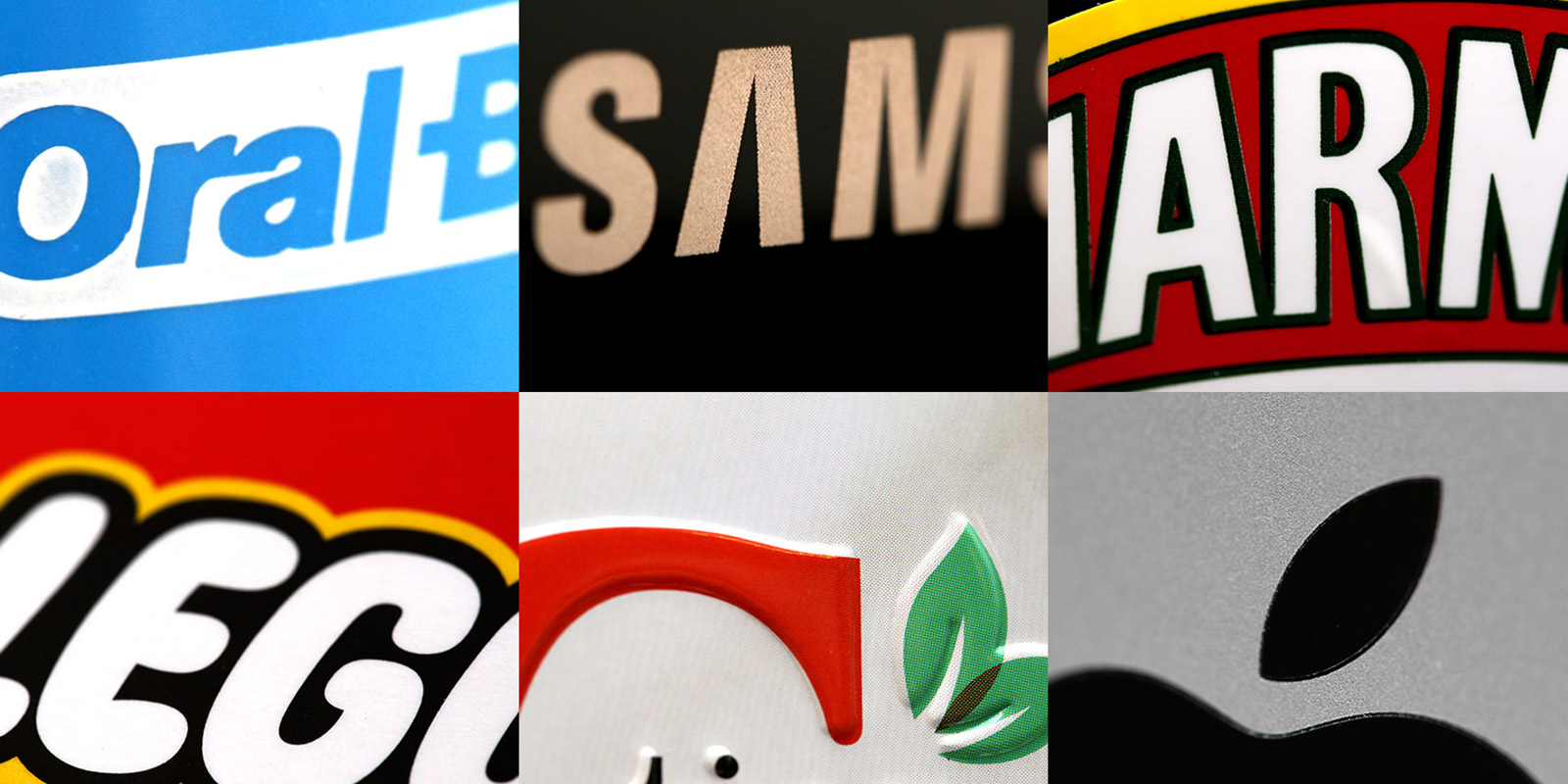 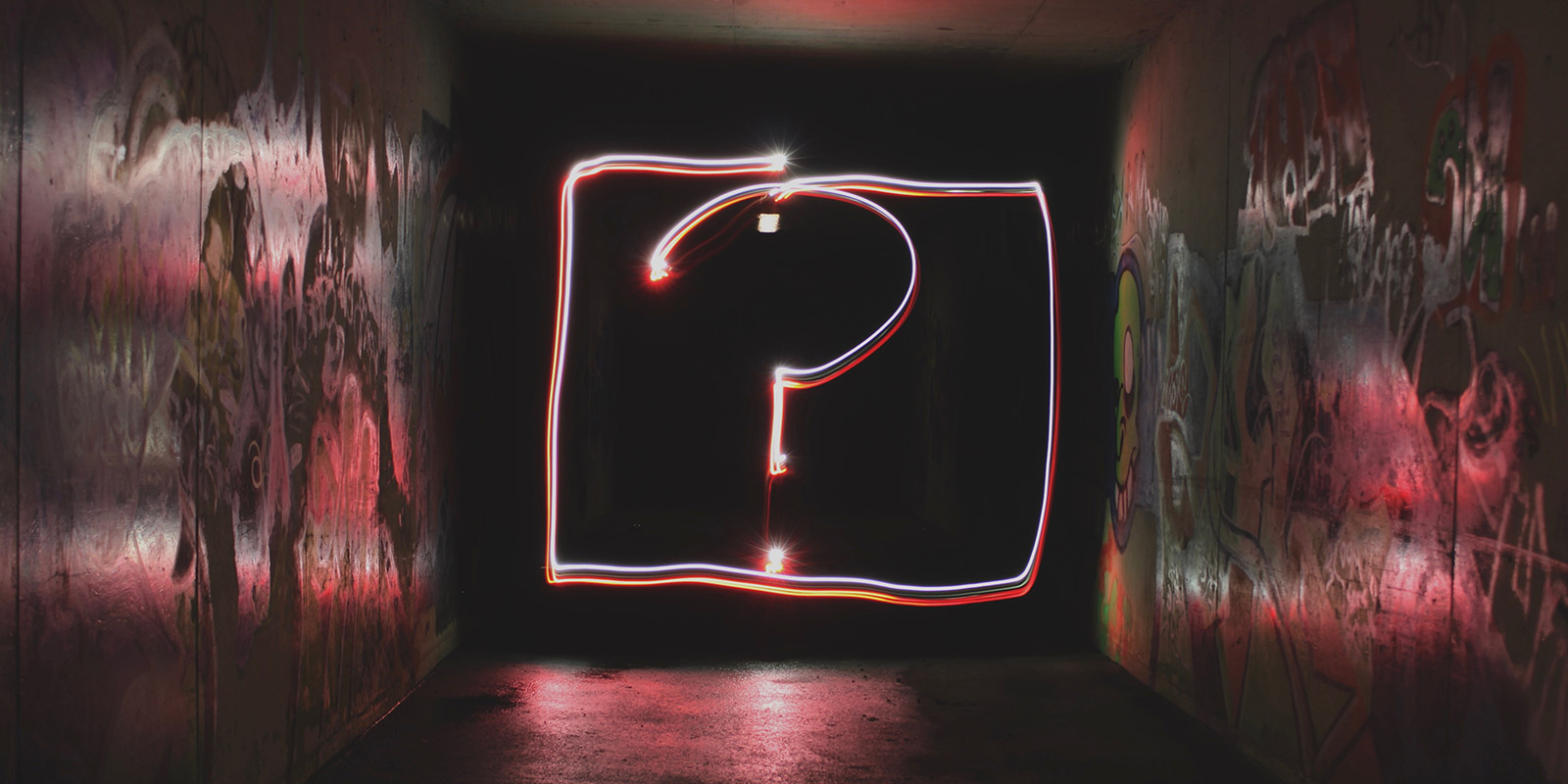 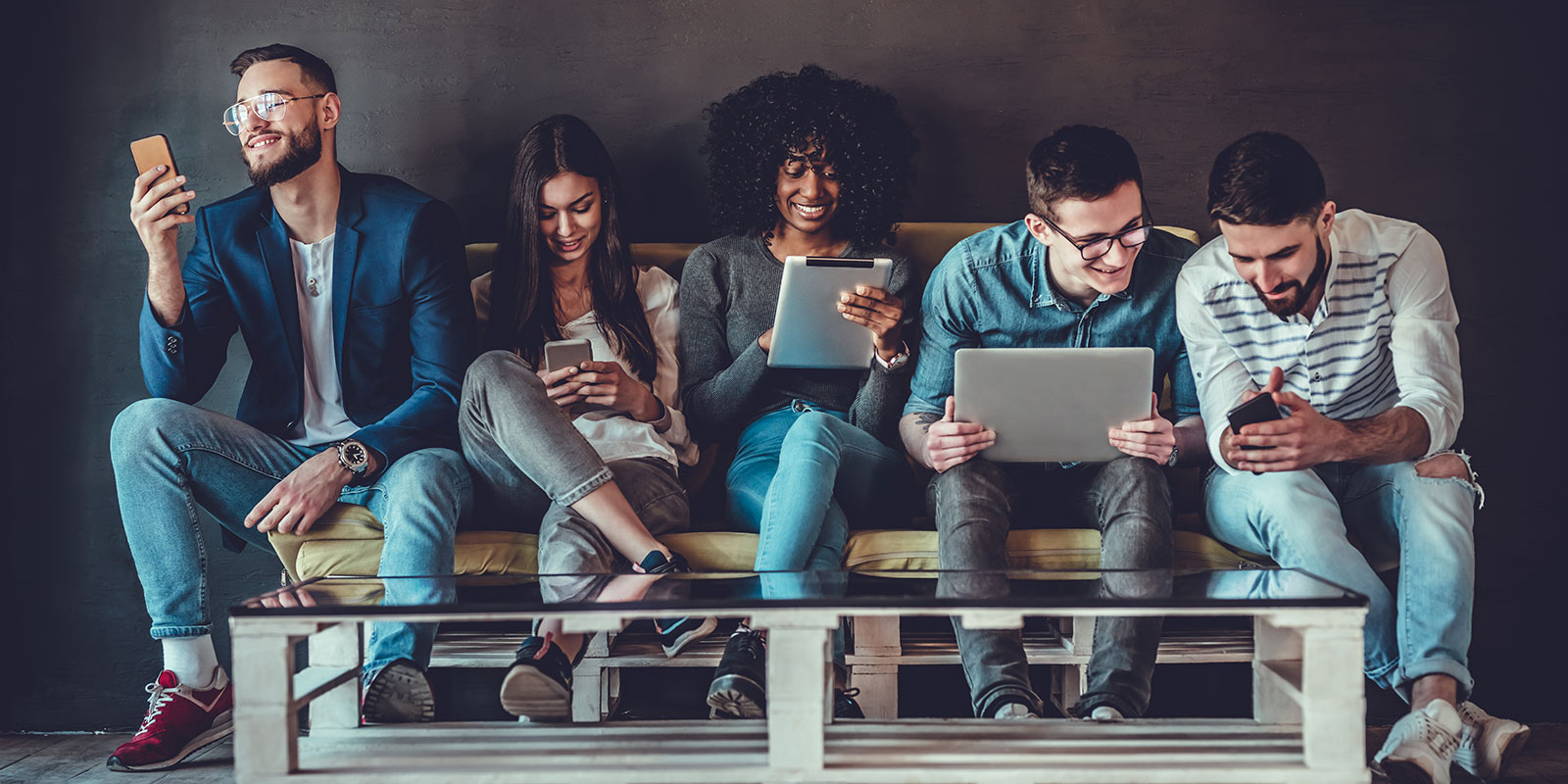