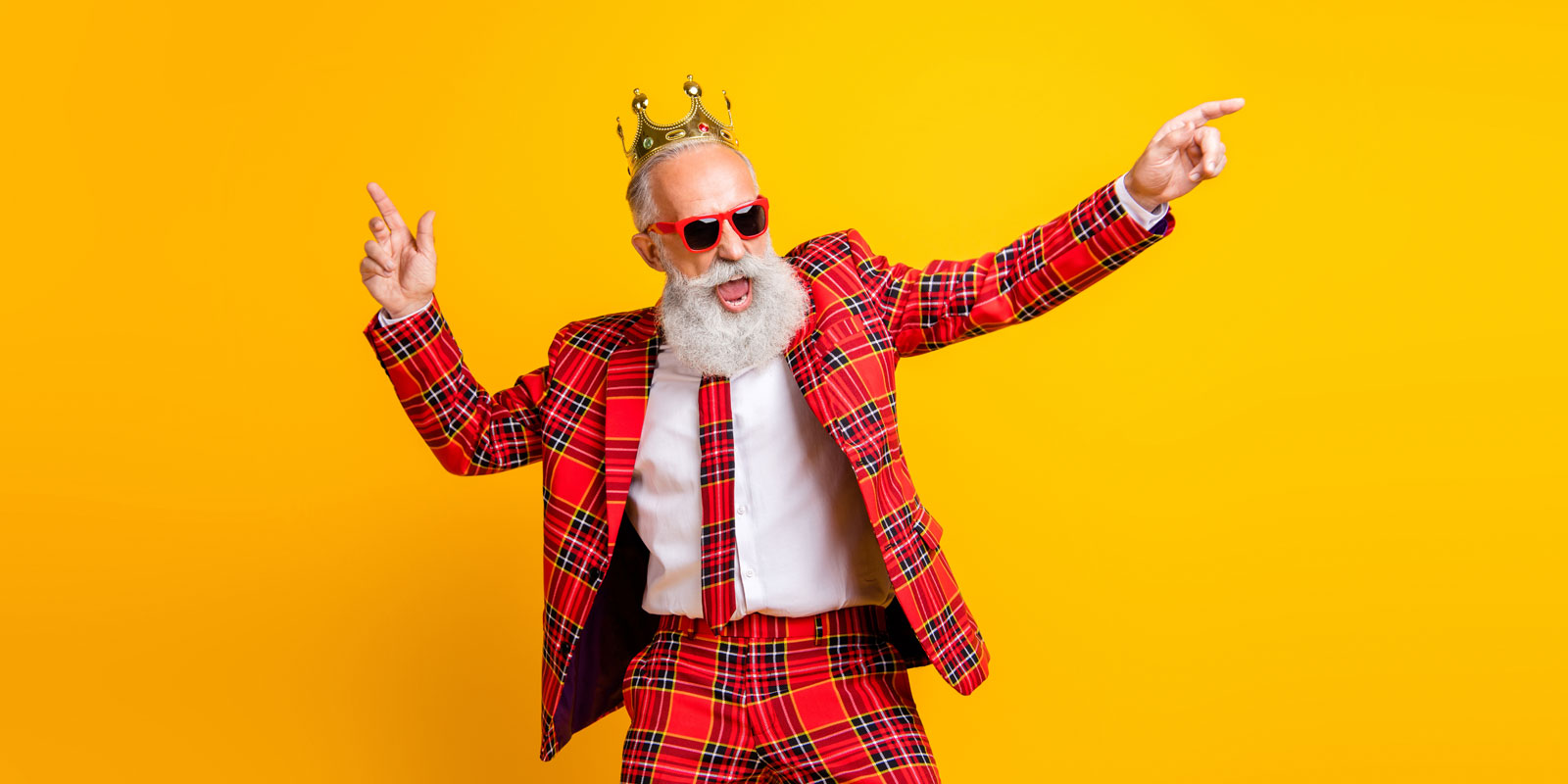 For over a millennium, the British Royal Family have been a deep-seated pillar of British society, their presence affecting all branches of the UK’s political, monetary, and even international communication systems. They’re the most talked about family on Earth and are simultaneously celebrated and admired on a global scale. For many countries across the world, concepts of royalty became gradually devalued as governments were able to claim more power and responsibility than royal blood could. However, with their history so deeply rooted within the cultural makeup of Britain, the United Kingdom’s Monarchy is here to stay.

But the royals are more than just a family tree. They’re an enterprise.

Harry and Megan’s interview with Oprah in March 2021 raised a lot of public conjecture surrounding the family’s operation as a business. Markle spoke of ‘The Firm’ behind the Royal Family, reminding the public that there is a fully functioning business behind all the velvet red cushions and stately processions. Many take the Royal family at face value, accepting them as just a traditional aspect of British culture - a subconscious assumption that is satisfied by their on-screen appearances, like televised ceremonial processions. When in fact, the Royal Family are a multi-departmental long-term business consisting of many areas.

The royal workforce is enormous, employing over 400 people for Buckingham Palace’s upkeep alone. But that’s not all. Just like any blue-chip enterprise, the Royal Family rely on a plethora of employees ranging all the way from advisers and counsels to grounds people, security, and domestic assistants.

So, let’s flip the narrative and delve deeper into the royals as a business, transforming the perception from granite gargoyles and fluffy corgis to one of the longest-standing, most profitable family businesses ever. From studying the royals as an enterprise, we can learn valuable business lessons which can be applied to our own businesses in the long run.

Because the royals have always and will continue to function like a well-oiled machine.

Just like a functioning business, each employee and department has an important part to play in any of The Firm’s decision making, missions, branding, and goals.

Many of us are so accustomed to the national omnipresence of the royals, that we don’t even perceive them as a brand.

But as living memorabilia of historic royal blood, their heritage establishes them as the most famous family on the planet, and they’re inescapably ubiquitous within our everyday lives whether we like it or not. That is, whether you decide to participate in any Royal Family speculation, or you’re not bothered, you can’t escape seeing the Queen’s face on every banknote and sterling coin. Royal events affect the entire 67 million people living in the UK. Our working weeks are dictated by their weddings, coronations, celebrations, and funerals.

They are one of the most heavily marketed family businesses probably ever. The brand itself meets all the aesthetic connotations of royalty and satisfies all the traditional expectations tourists expect to see. Millions of people from across the world flock to the UK to marvel at royal attractions yearly. With heritage sites acting as small money-making units much like a national chain of shops, the royal brand brings in an enormous amount of tourism from all corners of the UK, generating a healthy turnover of income for the royals from tourism alone.

Each grand estate acts as an individual base which are all connected by a universal congregation. The estates are impressive too – with each one seeming grander than the last: crystal chandeliers, pampered rose gardens and perfectly preserved castle turrets which ooze centuries of royal past. Popular tourist sites (think Windsor Castle and Buckingham Palace) are all iconic royal landmarks, beacons of status and wealth. They are integral to the royal brand, and they promise to deliver culture-packed experiences for millions of tourists yearly, acting as mini-money-making machines.

But not only this - with the last century witnessing a media boom, the royals are plastered over every newspaper, TV show, and social media platform. They have a kind of media omnipresence; they are idolised as though they are celebrities – with small intricacies of their lives splashed across the tabloids for many to marvel at. With interviews, highly reputable events and dense media coverage, a portion of their lives are completely public; an open door for the world to see.

The royal brand itself is monetised not only via tourism, but of course also through real estate and taxes.

The family’s real estate generates millions each year merely through the heritage of property largely thanks to Queen Victoria's purchases. The historic land plots are broken down into sections - The Duchies, and the Crown Estate. The Duchies, for example, profit the family £20 million per year. These blocks of money seep down into broken-down chunks for family members who then continually profit from these inheritances.

The other plots of historic land are under the Crown Estate (The Tower of London, and even the UK’s seabed,) although the Crown Estate doesn’t filter into the Queen’s personal pocket due to a deal made during the 18th Century by King George III. In return for a percentage of taxpayer’s money on a rolling basis (the Sovereign Grant), he traded the Crown Estate to the government. This agreement remains today, with the Sovereign Grant bringing in many millions of pounds to the family business per year. This money is allocated towards royal expenses which help the family members ‘do their royal duties.’ So what originally was a position of financial distress due to irresponsible spending, has made a turnaround and now profited The Firm multiple millions of pounds each year.

Using their position of privilege for the benefit of others has been a long-standing part of the royal duty. Royal environmentalist Prince Charles, for example, has been an advocator of environmental change worldwide, utilizing his unique spot in society to raise awareness about environmental damages and the dangers of plastic pollution through written literature, films, social media, and public speeches.

The Prince of Wales stated

“I have dedicated much of my life to the restoration of harmony between humanity, nature, and the environment, and to the encouragement of corporate social and environmental responsibility. Quite frankly, it has been a bit of an uphill struggle. But now, it is time to take it to the next level.”

Prince Charles has long been a figurehead of environmental improvements. Since the beginning of the 1970s, he's advocated environmental change through campaigning initiatives to raise awareness of the environmental dangers of plastic.

As a whole, the royal brand have a wide range of associations with a myriad of different charitable organisations both in the UK and the commonwealth as a whole.

What business lessons can we learn from the Royal business?

Of course, the Royal Family are automatically advantaged due to their historic heritage and are by default, a successful business. But there are aspects of The Firm and it's longevity that we can learn from.

Firstly, personalising your brand is never a bad thing. The reason why the royals are so popular has been because of their celebrity-like presence in society, and their values and ethos displaying them as relatable. It's the same with business. Prospective buyers feel more comfortable when they are interacting with more than just a logo and an email. Make your communications as personable as possible and utilise social media as a vehicle to communicate the faces behind the brand. The power of social media can round your brand’s personality and make your company more likeable. Future customers want to work with actual people, not a just logo. Influencer or micro-influencer content is always highly beneficial too, as it ups brand exclusivity and makes your brand more attractive to prospective clients not only within your target audience's network but the influencer’s network too. Advantaging influencer social media following can do wonders for brand awareness and increases personability and reach.

Secondly. Think smart, not fast. The key to your business's longevity is making smart decisions that are well thought out. Selling a profitable asset isn’t always a loss if you’re in a tight spot financially. When it seems like you’re taking a step back, shift around your players on the board, and it might just land you higher revenue in the long run. This could be giving up something you don’t need anymore and putting all your ideas into new ventures which will gain your business income in the long term future.

Thirdly. Use your position as a business to carry out charitable acts and advocate ethical change. Choose greener solutions and get involved with charitable organisations, making this part of your mission so people know you’re serious about advocating positive change in the world. Using business privileges for the good of others and the environment will secure some solid ethics and values, whilst marginally improving your brand’s reputation. Engraining positive change and combining this ethos with your business's core values keep your word consistent, and your dependability genuine.

Consistently meeting your values is the key to longevity

It may not have always been smooth sailing for the Royal Family, but their respected position in society and their reputable consistency in business has allowed them to overcome almost anything. Minus the guillotine, the royal values have remained unchanged, and they're designed to dictate a solidified reputation that is steeped in pride, tradition and dignity. Running their business according to these values has, and will, secure a lifetime of longevity for the British Royal Family. 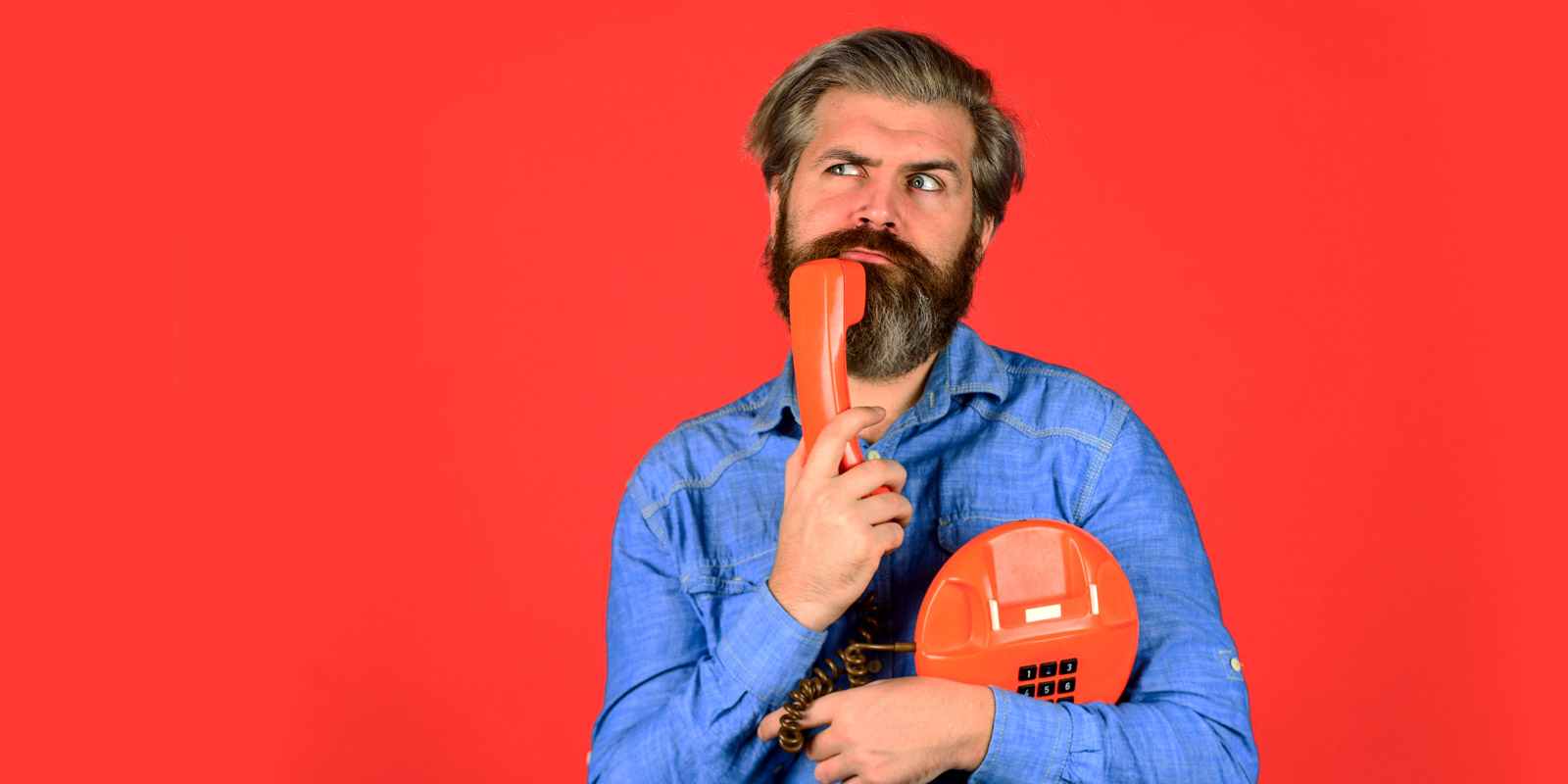 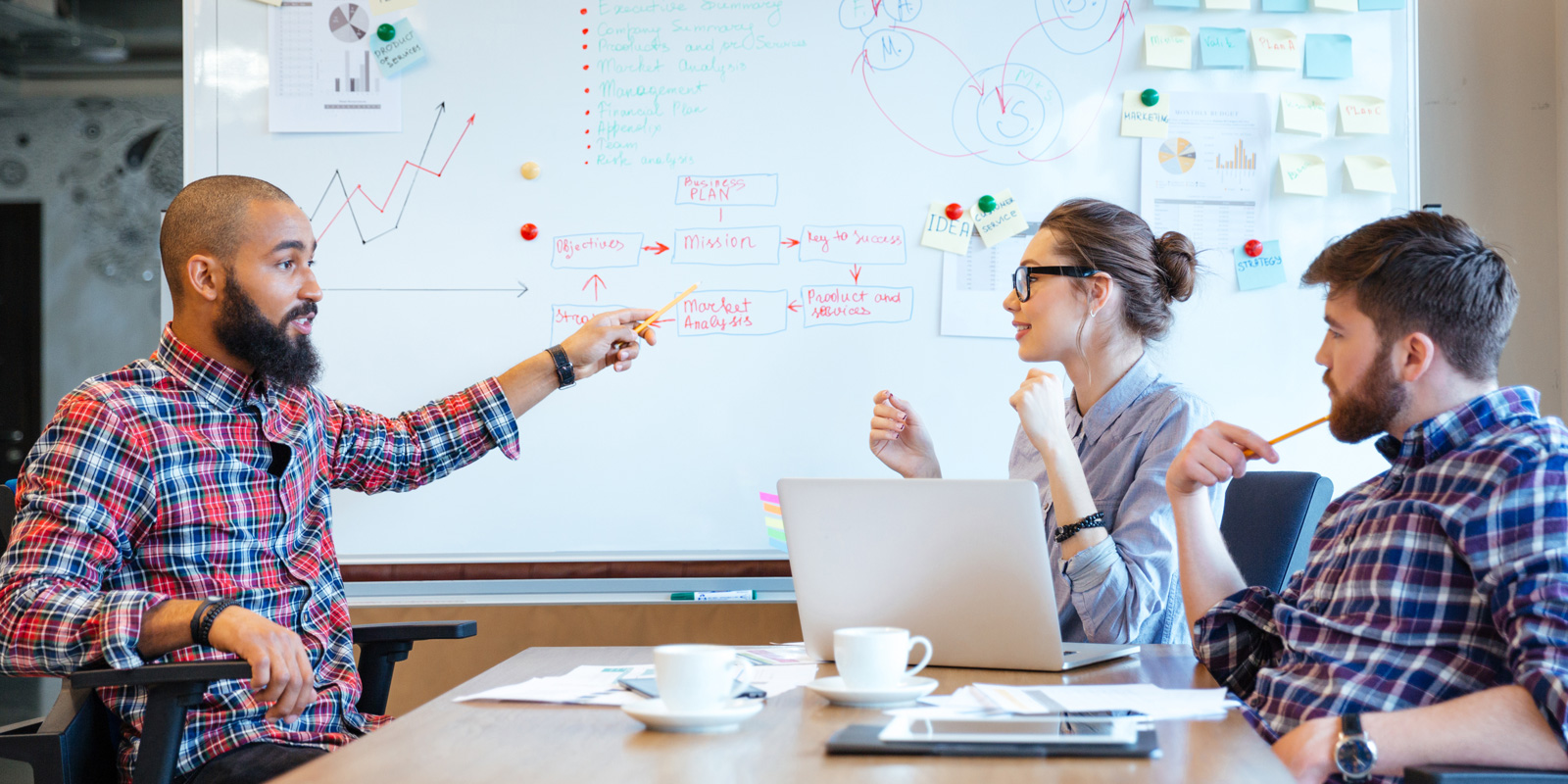 What you need to know about lead qualification 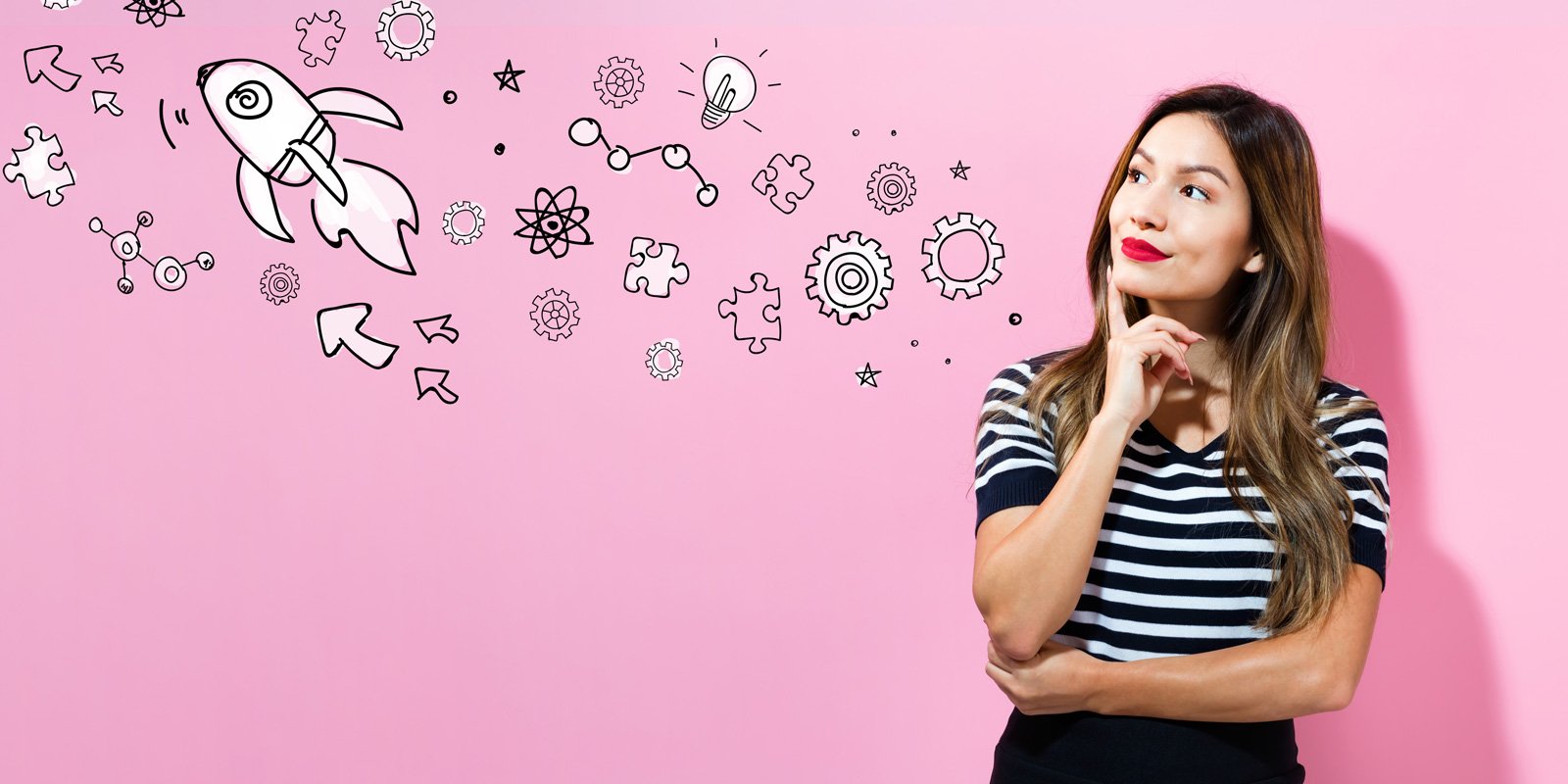 Lessons the pandemic has taught us